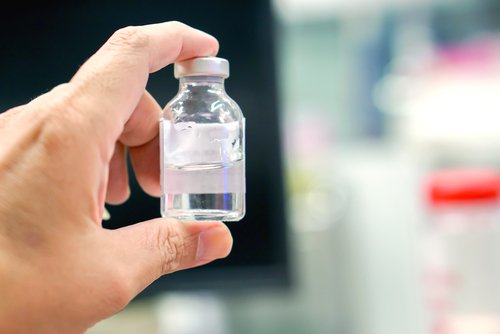 Non-small cell lung cancer patients in England and Wales who failed prior chemotherapy can now access Opdivo (nivolumab) as a second-line treatment, following the therapy’s recent approval by the U.K.’s National Institute for Health and Care Excellence (NICE).

After first rejecting Bristol-Myers Squibb‘s Opdivo for being too expensive, the agency now ruled that the drug will be made available through the Cancer Drugs Fund.

“We know that nivolumab is clinically effective for some people with lung cancer, but the full extent of its benefit is not clear,” Carole Longson, director of the NICE Centre for Health Technology Evaluation, said in a press release. “This new deal means that we can give patients access to what we know is a promising treatment whilst more evidence is gathered on its value.”

NICE has been questioning the cost-effectiveness of Opdivo. For example, one month of treatment for a patient weighing 73 kilograms or 161 pounds (considered normal weight) can cost more than £5,300 (or $7,150) annually. But Bristol-Myers Squibb has agreed to cut the price of Opdivo while it conducts clinical trials to gather more evidence.

The drug will be restricted to patients whose tumors express high levels of PD-L1, a biomarker commonly used to predict response to PD-1/PD-L1 inhibitors. However experts still debate whether this is a good biomarker. The dispute stems from data from the CheckMate-057 Phase 3 trial (NCT01673867) showing improved long-term survival for Opdivo compared to Taxotere (docetaxel) for NSCLC patients with high PD-L1 status. Survival rates at 18 months were 39 percent for Opdivo and 23 percent for Taxotere.

The Cancer Drugs Fund is a £340 million ($459 million) fund aimed at accelerating the adoption of promising cancer drugs for patients. With this approval, around 1,300 NSCLC patients will now benefit from the treatment. This comes as a relief for patients, after nearly 300.000 people signed a petition to denounce the first decision.